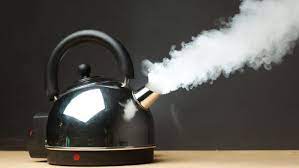 The plaintiff was a hotel guest who put the kettle on in her bedroom while trying on clothes. She claimed the kettle exploded causing a burn and injury to her upper back leaving a scar and causing pain.  She claimed the hotel was negligent in failing to maintain safe equipment in her room and thus exposing her to the risk of injury.

Counsel for the hotel claimed the woman had failed to use common sense and knowledge of a simple household appliance. The judge examined the scar on the woman and found it very faint.

The judge on reviewing the evidence which included expert witnesses was satisfied on the balance of probabilities that the kettle’s filter was not clogged as alleged by the plaintiff. The judge said that even if the filter had been clogged the expert evidence established that it would not have resulted in any explosion of the water in the kettle.

The judge commented on the action being taken in the High Court indicating that the case was not of the seriousness to take in the High Court.  Considering the general damages for minor injuries would be less than €30,000, consequently, it was difficult to understand why this case was not instituted in the Circuit Court.

The judge dismissed the case. In so doing, the plaintiff will incur far greater costs in the High Court.

Bass Solicitors prides itself on providing practical and affordable advice, which supports an approachable and dedicated legal service.